A RAPPER who allegedly forced two teenage girls to have sex with him and his friends in exchange for food and a place to stay has turned himself in, according to police.

Otis “Big Face Tulu” Berry and his brother, Tyrone Berry, are accused of making two runaway 16-year-old girls stay with him in June — but rarely gave them food or water.

The two girls told cops Berry made them stay at a recording studio in Houston, Texas, which he apparently owns, for four nights, the Houston Chronicle reported.

Berry allegedly withheld food from the girls, but regularly gave them drugs, described as “X-Os”, weed and alcohol.

The girls claimed they were forced to have sex at the studio with Berry, and with his customers who went to the studio to buy drugs.

Brother Tyrone Berry, or “Big Mike,” allegedly took the teenagers to his family home and forced them to have sex with other family members.

The girls were under the impression that if they had sex with the men, they would be fed, but said they weren’t, according to KRIV-TV.

Afterward, the teens returned to the studio.

The men allegedly threatened them if they were to leave them or report them to the cops, claiming they knew who their families were and where they lived.

The teens said they were “getting tired of being raped” — so Berry dropped them off in a Walmart parking lot in Harris County on June 14 because they were “complaining too much,” according to investigators.

There, the 16-year-olds called the police.

Berry, for his part, has maintained his innocence.

He told KPRC-TV on Wednesday: “I’m really anxious to get my name cleared, and my story heard.”

He blamed his brother Tyrone, who was arrested in November, for everything the teen girls alleged. 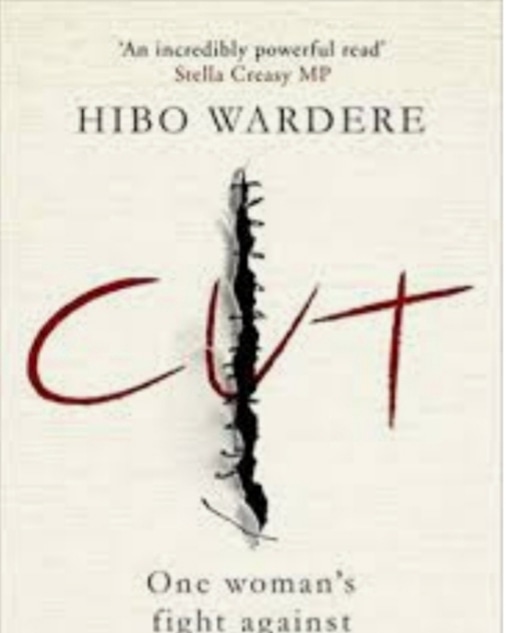 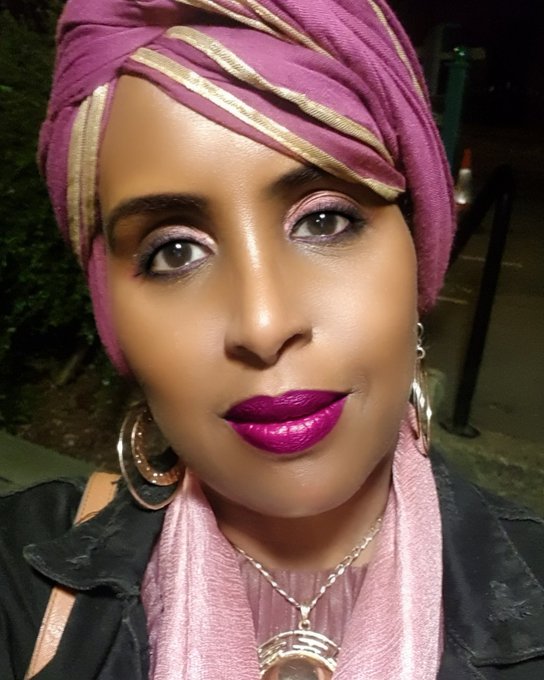 Barnardo’s apologises for child abuse at homes – The Scotsman

www.scotsman.com › news › politics › barnardo-s-apologises-for-chil…
3 Nov 2018 – One of the country’s largest children’s charities has issued an apology for historical abuse alleged to have taken place in some of its institutions.
www.heraldscotland.com › news › 15326932.child-abuse-cover-up-cl…

www.iicsa.org.uk › childmigration › sending-institutions › barnardos
However, the experts and Barnardo’s have provided the Inquiry with information about allegations and evidence of sexual abuse of Barnardo’s child migrants in …
www.jordanssolicitors.co.uk › Blog

www.jordanssolicitors.co.uk › Blog
Sue Martin who spent her childhood in Dr Barnardo’s homes has published a … At St Anne’s Sue suffered sexual abuse by a woman in the middle of the night, …
abuselaw.co.uk › news › abuse-news › barnardos-destroy-documents

Did Barnardo’s Destroy Documents As Part Of An Abuse …

www.csacentre.org.uk
We are the Centre of expertise on child sexual abuse (CSA Centre). … funded by the Home Office, hosted by Barnardo’s and work closely with key partners from …

Nuns forced to become PROSTITUTES after being ‘abandoned’ by ChurchCardinal Joao Braz de Aviz confirmed the house’s existence during an interview for the February issue of the Vatican’s magazine Women Church World.dailymail.co.uk

This article is more than 1 year old

No charges for Scottish police over Sheku Bayoh death in custody

This article is more than 1 year old

Kadijatu Johnson (right) and Adama Jalloh, sisters of Sheku Bayoh, speak to the media outside the Crown Office in Edinburgh. Photograph: Andrew Milligan/PA

Scotland’s chief prosecutor has decided not to charge any police officers over the death of Sheku Bayoh, a trainee gas engineer who died in custody three years ago.

Bayoh died while being subdued by a group of officers soon after 7am on Sunday 3 May 2015 in Kirkcaldy, Fife. The officers used CS gas, pepper spray, batons and leg and arm restraints as they arrested him.

James Wolffe, the lord advocate, formally told Bayoh’s family that he would not prosecute any of the officers involved during a private meeting at the Crown Office in Edinburgh on Wednesday.

Speaking shortly after their meeting, Bayoh’s sister Kadijatu Johnson told reporters: “I have left this office very disappointed and disgusted. My brother Sheku has died and yet the police get to walk free. The justice system has failed us as a family as well as his two boys.” Advertisement

Immediately after seeing the lord advocate, Bayoh’s family and their solicitor, Aamer Anwar, had a private meeting with Humza Yousaf, the Scottish justice secretary, at his office in the Scottish parliament.

Yousaf echoed an earlier commitment from Nicola Sturgeon, the first minister, to seriously consider a public inquiry into the case if the family decided not to press for a formal review of the Crown Office decision.

He said ministers shared the family’s determination to get the answers they sought. A public inquiry “definitely remains an option, but it is a decision that we can take only once the process around criminal proceedings has been fully exhausted”, Yousaf said.

Guardian Today: the headlines, the analysis, the debate – sent direct to you

The Crown Office is refusing to confirm that Lord Wolffe has opted not to prosecute until the family has decided whether to ask for an internal review. If no review is carried out, the other option would be to press ahead with a fatal accident inquiry (FAI), a sheriff-led investigation into the circumstances of Bayoh’s arrest and death.

Anwar said the family were adamant a public inquiry was the best option, a position backed on Wednesday by Scottish Labour and the Liberal Democrats, as well as the deaths in custody campaign group Inquest.

“An FAI would be another betrayal and would do nothing to bring about real change, accountability and justice,” Aamer said. “There have been repeated attempts by police sources to print lies, criminalise, speculate and smear Sheku in his final moments.

“Sheku Bayoh was under the influence of drugs but he did not deserve to die. He acted out of character and the police had every right to act if he had broken the law to defend themselves, but any force used had to reasonable, proportionate and legitimate.”

Bayoh’s common law wife, Collette Bell, and his relatives launched a civil action for damages against Police Scotland in May, seeking £1.85m in damages in what is thought to be the first time a Scottish force has been sued for unlawful killing.

His family insist Bayoh died from positional asphyxia as a direct result of the use of incapacitants and being crushed on the pavement by up to five officers. Postmortems showed dozens of bruises, cuts and a type of haemorrhaging around his eyes consistent with being asphyxiated.

They said CCTV evidence disproved police claims he had been violent and physically threatening towards the police, and showed he was empty-handed when approached by police.

The police said their techniques were proportionate, and that toxicology evidence showed Bayoh had taken ecstasy and alpha PVP, a synthetic psychostimulant. The officers had been responding to witness claims that a man had been acting erratically on a nearby street and waving a sword or knife. Police sources say Bayoh had had a violent confrontation with a friend several hours before he was arrested.

It is understood some experts gave evidence that those drugs contributed to Bayoh’s death and the Police Investigations and Review Commissioner (PIRC), an independent complaints agency, cleared the police of wrongdoing.

A Crown Office spokesman said prosecutors were “committed to ensuring that the facts and circumstances surrounding the death of Sheku Bayoh are fully aired in an appropriate legal forum and, to that end, it has discussed possible next steps with a small number of colleagues in the justice system”.

Deborah Coles, the director of Inquest, said a public inquiry was necessary. “We recognise there are far greater issues about the circumstances of Sheku’s death, the dangerous use of restraint but also the fact that Sheku was a young black man restrained by white police officers. And the issue of race, we feel, is particularly relevant here.”

Cat   @Just_Cat1 #NewForest One of the places mutilated sheep were found is Bramshaw… Thats where Esther Rantzens house is! ‘Satanic sheep killer’ is arrested: Police hold man, 41, over animal killings in area where one was found covered in black magic pentagram symbols

Police hold man over animal killings in Hampshire’s New ForestOfficers from Hampshire Police have now arrested a 41-year-old man in connection with the deaths of the sheep in Hampshire.

X FACTOR star Danny Tetley was today jailed for nine years after using his fame to beg children to send him indecent pictures in exchange for cash.

The “despicable creature”, 40, “abused his celebrity status” to groom his victims and force them to send him naked images.

The entertainer sent X-rated photos of himself to show the type of poses he wanted from them in 10,000 sickening WhatsApp messages.

Tetley never met any of the teens – aged 14 to 16 – but engaged in “highly sexualised chat” with them as he attempted to convince them to send naked pictures for up to £1,000-a-time.

He told one boy “the more on show, the better the price” as he hounded him for pictures for his “own remote sexual gratification”.

When he was arrested, he tried worming his way out by claiming his Facebook was hacked and told cops he couldn’t cope with his X Factor fame.

Tetley showed no emotion as he was caged for nine years today – with a further eight years on licence when he is released, the Telegraph and Argus reported.

He had last month pleaded guilty to paying five teenage boys to send him indecent images.

Sentencing him, the judge said: “What you demanded and showed were blatant and the disgusting level to which you sank, Mr Tetley, was quite unbelievable.

He added: “Many will see you for what you are, a despicable creature.

“The reality is our society is deeply interested in celebrity, it does no harm. Pure entertainment of highest order including X Factor, upon which you featured in some capacity.

“You exploited the status it gave you. You abused that status to satisfy your perverted sexual needs, by your actions.”

Tetley groomed one 14-year-old victim by talking about girls, his Range Rover and his celeb collections.

The fiend then sent a naked photo of himself and asked for an illicit image in exchange for tens of thousands of pounds.

He text another victim, saying: “Start with easy ones and see how you feel. Lol”.

The singer offered one teen seats in the VIP area at the rugby and told him: “Whoever f***s you first is in for a right treat.”

He paid one boy a “record fee” of £350 for a photograph and offered to pay up to £1,000 to another youngster for an explicit video.

Michael Smith, prosecuting, told the court how one of the victims feels guilty over the abuse – with his home life and family destroyed.

Another victim said: “Adults don’t understand how life-changing such events can be”.

During mitigation, the court was told Tetley, who was born with a cleft pallet, had been severely bullied at school.

He became addicted to cocaine after the murder of a close relative in his early twenties – and blamed his gruesome crimes on being on drugs.

The performer had made the live shows in 2018’s X Factor series and came in sixth place.

Andrew Dallas, defending, told the court: “He was effectively alone in a very public world, emotionally vulnerable and been given money for his singing, all of which is gone.

“By the time he was locked up, he was penniless. It was easy come, easy go, as the saying goes.”

NONCE WALKS…IN THE SAME LODGE AS AS THE JUDGE?

Twitter: https://twitter.com/MetroUK | Facebook: https://www.facebook.com/MetroUK/ This entry was posted on January 24, 2020, in Uncategorized. Bookmark the permalink. Leave a commentEdit

Lol karma is a bitch